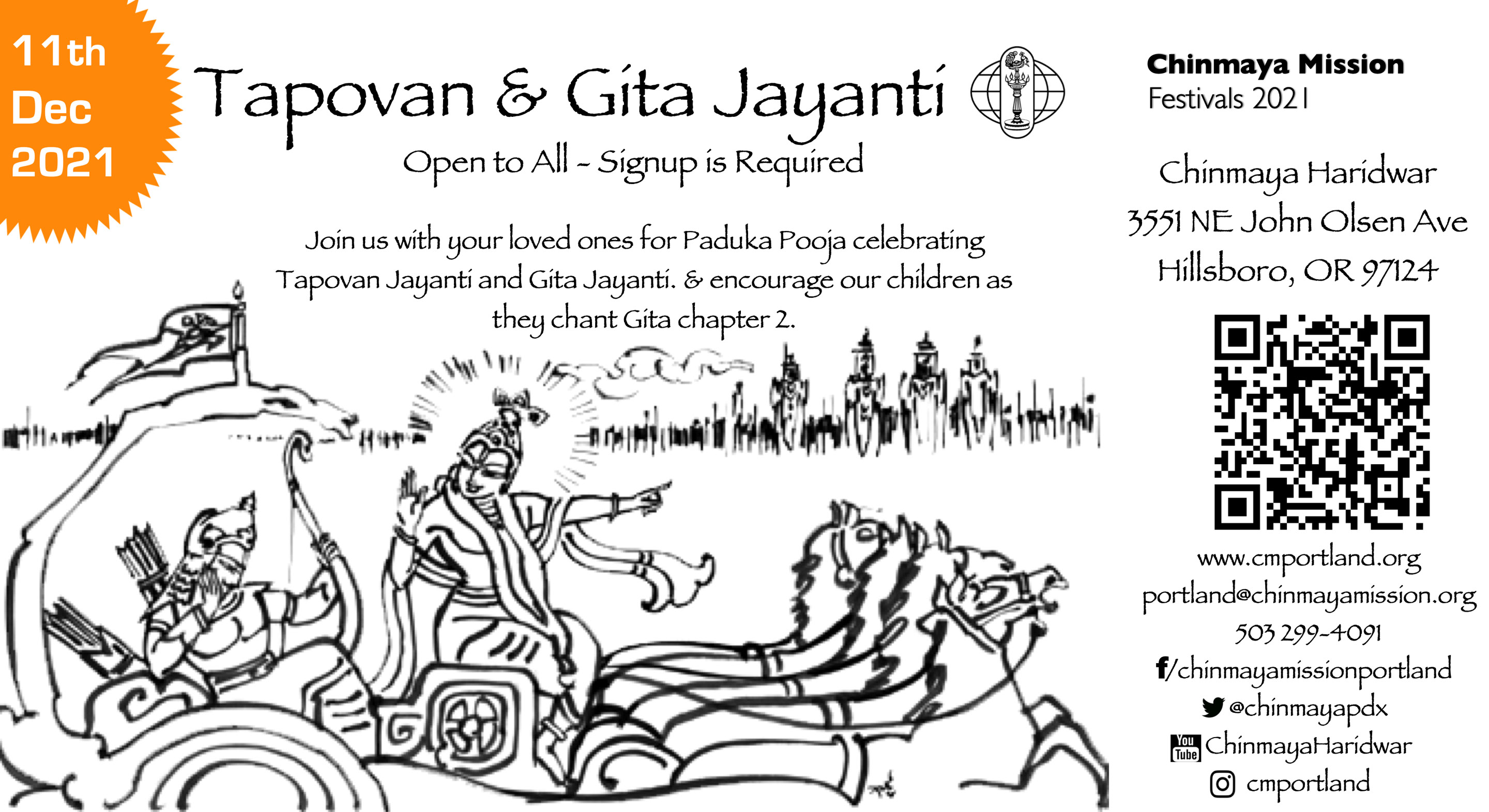 The Bhagavad Geeta is considered the most important and influential Hindu scripture for its philosophical, practical, political, psychological, and spiritual value. Bhagavad Geeta Jayanti, or simply Geeta Jayanti, marks the birth of this holy book. Geeta Jayanti is an annual celebration to commemorate the day when Lord Krishna rendered his philosophical teachings – immortalized in the epic Mahabharata – to prince Arjuna on the first day of the 18-day battle of Kurukshetra.

This day also marks the Jayanti of our revered and beloved Tapovan Maharaj.  Just as a Shiva Linga represents Shiva, a Saligrama represents Vishnu, in the same way, the Padukas (sandals) of the teacher represent to the student not the sandals, but the concept behind.

Our Balavihar children will be chanting Bhagavad Gita chapter 2 during the Puja.
Signup below.